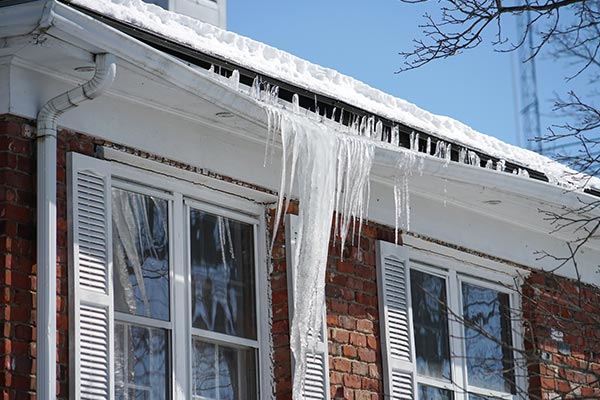 The top causes of Winter water damage, and how to prevent it.

So if you've ever wondered about water damage in the winter, and how to prevent it, you'll love this post!

You got the dreaded “Winter Storm Warning is in effect” alert, again. In the Rochester, NY area it is not uncommon to start getting those alerts as early as October and through March and sometimes even April.

But this time you are dreading this alert. You recently read about winter water damage, and now you are concerned!

With Rock Emergency, you don’t have to be, as we have compiled a list of top causes of winter water damage, and what you can do to prevent it from happening.

Your mind will be at ease after reading this, so the next time the dreaded alert goes off, you're prepared!

There can be many reasons for water damage to occur during the winter months. Ranging from regular flooding to a leaky roof and burst pipes.

We at Rock Emergency have honestly seen it all, and are prepared to work through it with you and your insurance company. Below are the most common causes of winter water damage: 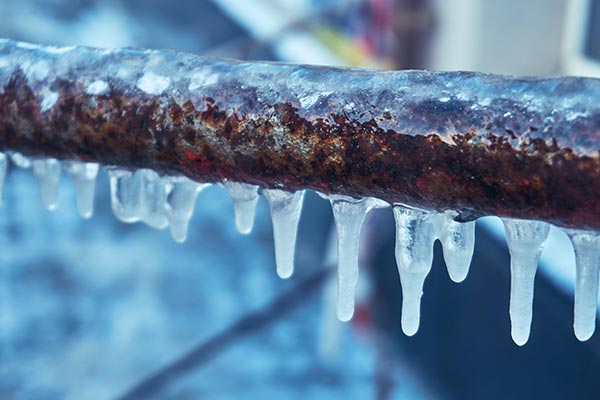 When your pipes burst, it's likely because they have frozen. This is all too common during winter months, especially if you live in a raised home and your pipes are underneath.

A sign that your pipes are frozen or starting to freeze would be little to no water pressure. When a frozen pipe bursts then thaws, a serious amount of water will end up either in or under your home. Don’t worry, we will give you tips on how to try and prevent this from happening! 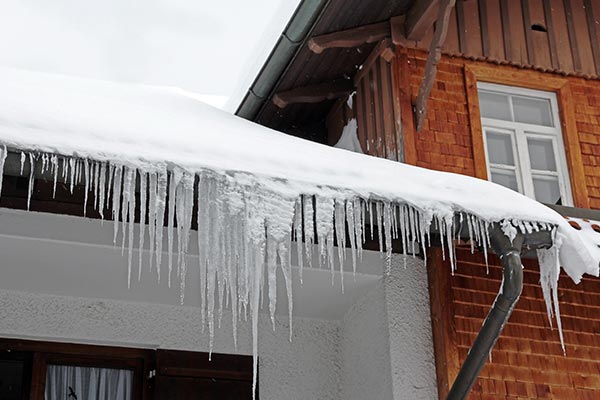 Ice blocks that form along the edge of your roof are called ice dams. They can be extremely damaging if not taken care of. They occur when parts of your roof heat up above freezing, causing the snow to melt.

The melted snow makes its way down the roof where it's cooler, and it begins to refreeze. The more snow there is on the roof, the more that has the opportunity to melt causing a greater risk of ice dams. 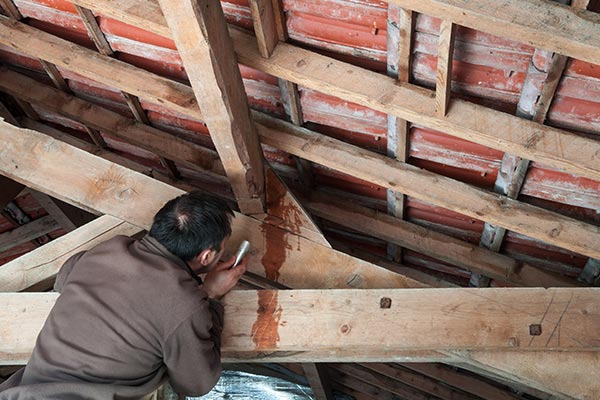 Roof leaks are very common during the winter, especially if there are ice dams present. When the ice begins to melt, the water can get under the shingles and seep into the home that way.

If there has been previous damage to the roof, it is more likely for water to get in during the winter months. There are plenty of ways to prevent ice damming and roof leaks, don’t worry! 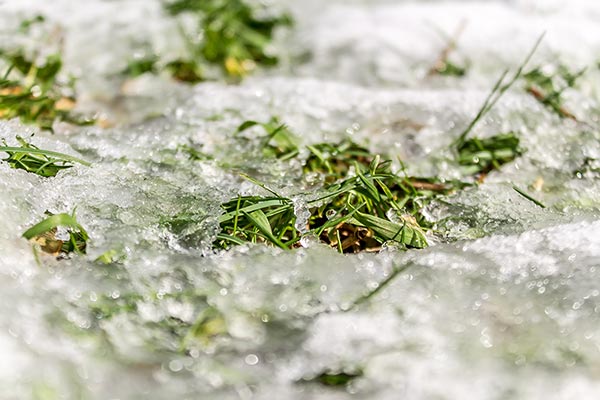 Melting snow can be of great concern in the Rochester area. There are years that the area sees feet of snow throughout the entire season. Other years, like recently, we see a lot of snow, then it melts, then it snows, then melts again. Areas near the lake often experience the lake effect snow, which is heavy and wet.

Now imagine that on days 3 & 4 the temps soar into the mid 50’s. All that snow we just got is going to melt with nowhere to go causing flooding.

We also have to worry about ice melting. It seems almost every year our area gets at least one good ice storm. They occur when it isn’t quite cold enough for snow, or the temperature drops rapidly after a rainfall.

Often, we wake up in the morning to layers of ice covering everything from trees, cars, and roads. When trees are frozen solid, the weight of the limbs could become too heavy and fall off.

This can cause serious damage to homes if the trees are large enough. Additionally, when all the ice melts, it could cause water damage. 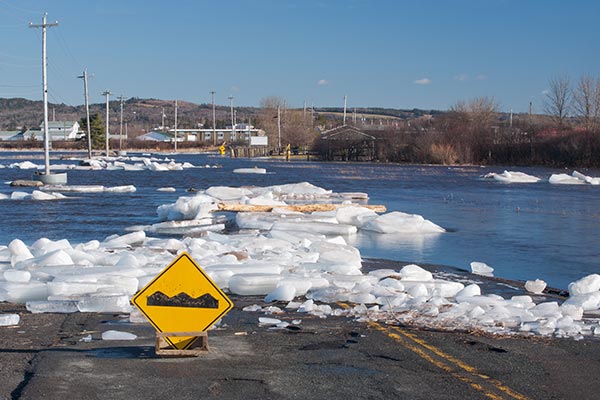 To go right along with the snowmelt flooding, we also have to worry about coastal flooding. The lakes and rivers tend to rise normally during the winter due to the melting snow that normally occurs.

When we have a massive amount of snow melting all at once everywhere, it will often runoff into the lakes and rivers in our area.

With water levels already higher, add in a windy snowstorm, and we now have more flooding along the coast. While we can’t always prevent this, it is good to know that it can happen. 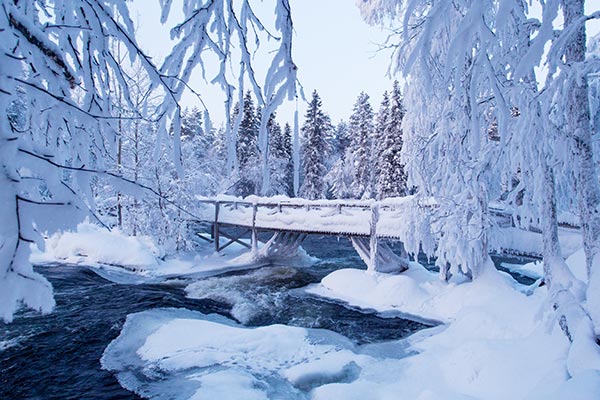 Ever hear of an ice jam? If you live along a river or large enough creek, you probably have. For those that have not, an ice jam occurs when the surface of a river or creek freezes over, then breaks apart.

If the chunks of ice are large enough, they can block underpasses or bridges causing water levels to rise which could ultimately lead to flooding. 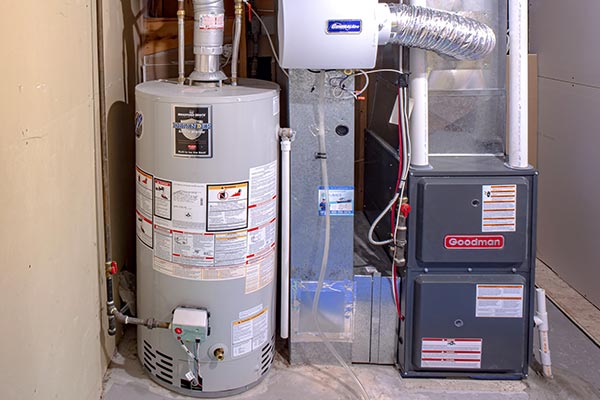 Hot water heaters are usually kept in a basement, or a utility closet area and are mostly unseen and unheard of. We have them for heating the hot water that we use for bathing, washing dishes, laundry and sometimes for heating.

The average life for a tank hot water heater is around 12 years. They don’t last forever, and will eventually “go”.

When this happens, it could be gradual or sudden. If it is gradual, you may start noticing the water doesn’t get quite as hot anymore, or it makes a lot of noise like creaking, knocking, or groaning when it is in use.

When it does finally give up, you will notice there is no hot water anywhere in the home, and there may be water on the top of the tank or even worse, all over the floor. 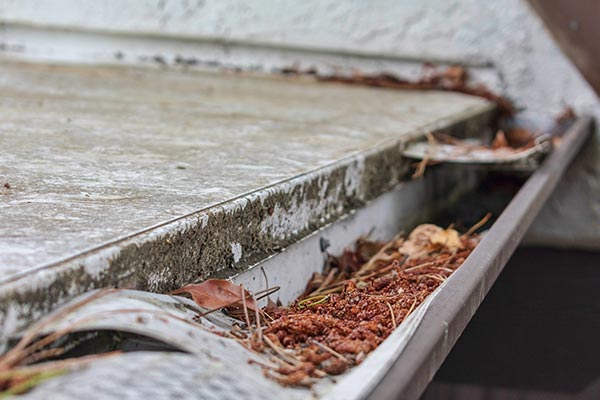 Often forgotten in winter months, gutters can be a big cause for winter water damage. The purpose of gutters is to move water away from your home. When they are clogged or blocked, they cannot function properly.

Since the Rochester area is known for early and late snowstorms, it is important to keep your gutters clean and clear all year round. Leaves and debris can block the proper functioning of your gutters and cause a buildup of snow or ice which when it melts could cause water damage within your home.

The worst thing anyone can do is leave water damage untreated. After any sort of leak, flood, or other water-related issues has been detected, it is imperative to take care of it right away. Leaving standing water allows for bacteria and other toxins to breed and spread throughout the home.

Any standing water that is deeper than your ankle should be taken care of by a professional. Removing the water is the first step in repairing water damage. Once the water is removed, all wet or contaminated materials need to be removed.

If items can be salvaged, they need to be cleaned and thoroughly dried to prevent mold and mildew growth. Other items in the area must also be cleaned and fully dried such as flooring materials (carpet, wood flooring).

Often, the drywall needs to be removed to promote air movement within the walls so they can dry. Not only for that reason but also to prevent mold growth from the drywall and behind the walls. If these things are not done swiftly, mold will begin to grow and spread.

We don’t want that! That brings along a slew of other problems. Call the water damage restoration specialists at Rock Emergency if there are any concerns about winter water damage. 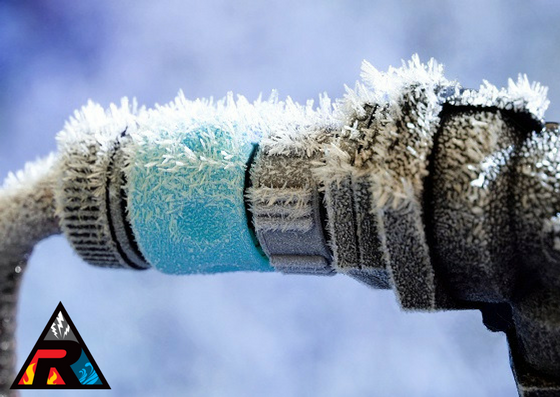 There are plenty of ways to prevent winter water damage from ruining your holidays and your home! Rock Emergency has compiled a helpful list of tips and tricks for preventing frozen pipes, leaky roofs, ice dams, and other types of water damage each winter!


If You Have Winter Water Damage...

Or you are concerned about any of these things happening to your home during the winter months, contact Rock Emergency for any questions.

We are fully trained water damage restoration experts that know what can cause serious issues and how you can prevent them. Most definitely do not wait if you think there is a water-related issue within your home!

We are IICRC certified, and HAZWOPER trained. We follow all OSHA guidelines and can guarantee quality services!